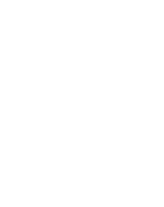 She's never really been away, but in Europe and the United States, it had become just a little bit more difficult to listen to the magic fingers of Polina Osetinskaya. Now, things are looking brighter for everyone outside of Russia, as Polina releases her new CD with Naxos.

This happening follows a concert in Miami on August 31st, which firmly returned Polina in the eye of the American public. Her «fiery command in Beethoven and Liszt» swayed the audience and certainly won over critic Lawrence Budmen who passionately reported on the event in the daily internet magazine «Music & Vision». His enthusiasm may well bring Osetinskaya back to the States. So might her latest album, a recording of Hummel's Concerto for Piano and Violin. Here, she gets together with violinist Alexander Trostianski for one of the Austrian composer's finest moments. Trostianski, who has been a winner of several international prizes and has collaborated with Yuri Bashmet among others, also delivers Hummel's Violin Concert, adding another great piece to this disc. It is interesting to note that Osetinskaya entered her four-year hiatus from recording with a rendition of another Hummel-Concerto — released by the Bel Air Music label in 2001.

Recording for Naxos has gone from being a shame of sorts to an honour — keep in mind that Marin Alsop has signed with the label for years to come. So there is no doubt whatsoever that this is an excellent and meaningful comeback. Until concert promoters catch up, however, you will still have to move to Russia to see her perform live on a regular basis: In St. Petersburg, there's at least six concerts booked until the end of this year.

All materials of the “Press” section →